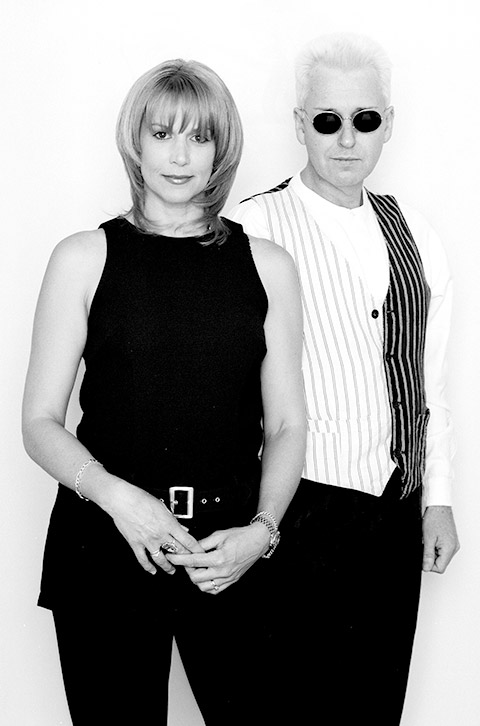 Two R More is a South East Queensland based live musical entertainment duo comprised of Kate Davis (vocals and guitar) and Ray Ferguson (vocals and guitar). Two R More’s diverse repertoire includes hits from the 1980′s through to the current top 40 across all styles and genres of contemporary music including, pop, rock, soul, R&B, and disco. They can tailor their show to suit any venue and make it a truly memorable experience.

Both Kate and Ray have had extensive experience in the music industry working in touring and cover bands throughout Australia.

Kate performed with The Good Life, a successful touring band featuring keyboard player Anthony Smith from Icehouse during the late 1980′s supporting major Australian acts including Mondo Rock, Do Re Me and John Farnham. She joined prominent Brisbane band Quick Exit in the late 1980′s to early 1990′s playing at many major venues throughout South East Queensland including Gold Coast Venues Fisherman’s Wharf, The Playroom, Jet Club and Cabbage Patch and Brisbane party venues Her Majesty’s Bar at the Hilton and The Mansfield Tavern. On her return to Sydney Kate starred in concept show band Women of Rock before forming Two R More with Ray for the Sydney duo circuit.

Ray began his musical career as the lead vocalist and guitarist in Samael Lilith, a young Sydney underground/alternative band with a top twenty hit single covering the Moody Blues “Nights in White Satin”.

Ray then joined Francis Butler’s 69’ers as the band’s lead guitarist and backing vocalist and the band toured extensively throughout Australia featuring at many music festivals and concerts. He went on to form Flash Harry’s Iceberg and the band toured the east coast of Australia playing their own brand of original music and featured on shows such as Donny Sutherland’s Sounds as well as supporting many overseas acts of the time. He formed Two R More  in Sydney with Kate in the 1990s.

Two R More worked regularly throughout the Sydney area for 15 years, prior to relocating to South East Queensland, at major entertainment venues including Manly Leagues, Hornsby RSL, Canterbury Hurlstone Park RSL, Rooty Hill RSL and North Ryde RSL, as well as hotel venues and were in high demand at private and corporate functions with their high – class musicianship and dynamic vocals together with their premium backing tracks.

No shows booked at the moment.